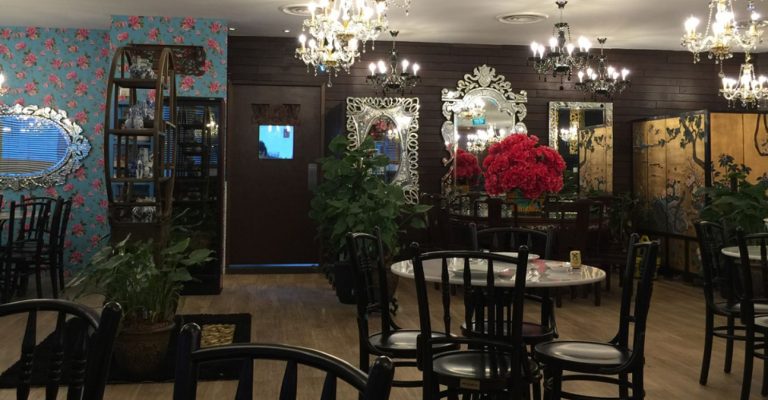 The Peranakan #02-01, Claymore Connect@ Orchard Hotel Tel: 6262-4428 Open daily 11am to 10pm IF you know of a lost Peranakan soul who gave up his colourful birthright for a life of monochrome minimalism, take him to The Peranakan. It will be fun to watch him break out in hives in this wonderfully over-the-top amusement park of Nonya kitsch – which looks like someone opened the trapdoor of a bibik’s attic and emptied all its contents onto the second floor of the new Claymore Connect shopping mall. Fabrics of every-colour batik are draped over chairs and tables in the “patio” area which is only for drinks. Be careful though, in case one of the seats you pick turns out to be an actual bibik dressed in a sarong kebaya. Avoid possible confrontation by sitting in the spacious dining area, which is an equally psychedelic experience with walls plastered in blue- and-red kebaya print, and enough antique mirrors to ensure you never forget what you look like.
SEE ALSO: Japanese fare spiced up by friendly, most obliging chefs
If you have a chandelier fetish, you’ve come to the right place – the ceiling looks like a halfway house for runaway lighting fixtures. And we haven’t even mentioned the display shelves of blue-and-white crockery, tiffin carriers, kettles and thermos flasks. Or the golden carved ornaments stuck on black pillars. While there’s a visual buffet of delights to entertain you, the food is a different story that we hope will have a stronger ending if given a little more time. It’s only been officially opened for about a week, but it wouldn’t hurt to have a real bibik go into the kitchen and turn up the heat. If she did, she would have a go at the kitchen’s prawn peeler for washing the flavour out of the pale, tired-looking tiny specimens that accompany the platter of kueh pie tee (S$20). That works out to S$2 a pop for 10 oily but crispy fried shells that you stuff with a pleasing filling of chunky strips of tender braised turnips. It’s a pity about the shrimp, but the pie tee tastes just as good without them, especially with a dollop of chilli sauce. Crispy-skinned ngoh hiang (S$15) is one of the better bets, with deep-fried beancurd skin that’s shatteringly crisp yet stretchy enough to roll around a loosely packed filling of five-spice seasoned minced pork and water chestnuts that gives you plenty to get your teeth into. The tough bits of pork liver throw you off your chewing rhythm though, so we suggest the prawn version instead. The bakwan kepiting soup (S$9) is comfortingly piping hot with tender, sweet and juicy pork and crabmeat balls in a clear prawn/crab stock filled with generous strips of bamboo shoot – it starts off well but the prawn flavour becomes overwhelming mid-way through. A pork-based broth would give it more depth. We next wander into a gravy-or-meat debate with both the Ayam Buah Keluak ($19) and Kaki Babi Pong Teh ($19) – both stalwarts of the Peranakan table. Gravy-wise, the former boasts a very acceptable earthy, savoury kick from the long stewing of chicken and Indonesian black nut with its distinctive muskiness. It’s too mild though – a half-hearted kick rather than the assertive wallop that demands copious amounts of rice. But if you want any meat to go with your gravy, we’re afraid the chef has destroyed any evidence of chicken, leaving you with a plateful of stringy remnants and bone shrapnel. The trouble with both these dishes is that the meat has to give way to the gravy, so you invariably end up with either dry stringy chicken, or pork in the case of babi pong teh – but here it’s taken to the extreme such that even the pig’s trotters (a fattier alternative to normal pork shoulder) has every ounce of fat cooked out of it into the sticky rich gravy bolstered by dried mushrooms, leaving just bones and scraps of paper-dry meat. We’re used to a nice balance between meaty chunks and gravy, so we gather someone left the pot on a little longer than necessary. Oddly enough, the food in The Peranakan has us barely breaking a sweat, even with generous lashings of sambal belacan, which packs good heat even if it looks tired, like it’d just emerged from an MRT breakdown. Meanwhile, the Nonya favourite stinky beans or petai (S$12) instead of being stir-fried in sambal, gets an odd salad treatment – served cold and bland in a dressing of kicap manis and onions. Fail. The same with the assam pedas fish head (S$27), which takes its tamarind concept so seriously that you taste nothing else – a thick puree of blended onions and sour assam that absorbs little flavour from the not-so-fresh fish head. It would have been nice if the servers – pleasant and otherwise helpful elderly gents – could be a little more opinionated about the food to make some firm recommendations. We’re belatedly told by others who have eaten there that the chap chye, itek tim and satay babi sam chan (pork belly) are very good so it’s a shame we’re left to our own devices to randomly pick from a very comprehensive menu. For dessert, there’s little to pick from as most of them aren’t available, but the pulut inti durian (S$5) is an enjoyable ending of glutinous rice (rough textured rather than smooth and pliable) topped with creamy durian sauce. While the kitchen could use a good bit of bibik nagging to get the food up to a more consistent level, we like the idea behind The Peranakan. It’s a genuine tribute to this rich heritage, and it can’t get more colourful than this. Rating: 6.5 WHAT OUR RATINGS MEAN 10: The ultimate dining experience 9-9.5: Sublime 8-8.5: Excellent 7-7.5: Good to very good 6-6.5: Promising 5-5.5: Average Our review policy: BT pays for all meals at restaurants reviewed on this page. Unless specified, the writer does not accept hosted meals prior to the review’s publication. Source: http://www.businesstimes.com.sg/lifestyle/food-drink/hearty-tribute-to-nonya-cuisine 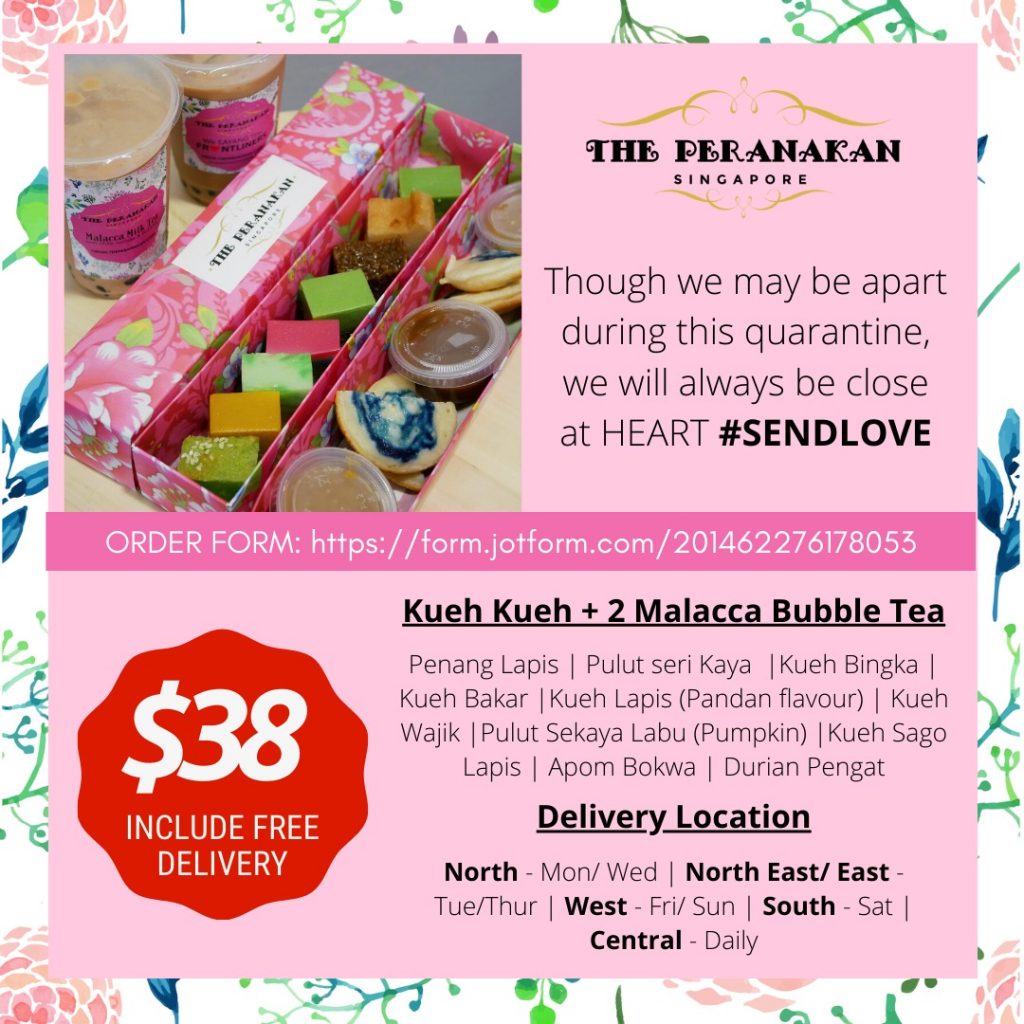